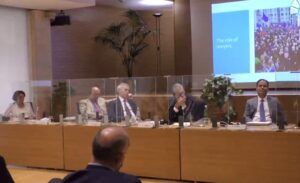 On 13 July 2021, the Italian High Council of the Judiciary (CSM) has organised a seminar, entitled “THE CRISIS OF THE RULE OF LAW AND THE INDEPENDENCE OF THE JUDICIARY” which was held in attendance in Rome.

With a view to elaborate how this crisis is intertwined with the protection of the independence of the judiciary, our Board member Yavuz Aydin, who is one of purged judges of Turkey, has delivered a speech on the current appalling situation of judicial independence and rule of law in Turkey. Yavuz Baydar, chief editor of Ahval.com news portal made another presentation to explain the scale and effect of crackdown on media freedom in Turkey.

In the following part, Andrea AnnaMaria Chis (Member of Romanian High Council for Judiciary), and Monika Frackowiak (Board member of MEDEL and Polish Iustitia) have shared their insights and experience regarding the attacks on judicial independence in their countries.

This first session was moderated by Luca Perilli, who functioned as an independent expert for the EU Commission. Mr Perilli is also the Board member of our association and the author of Turkey Tribunal Report on “Access to Justice & Judicial Independence in Turkey”. 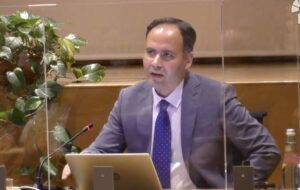 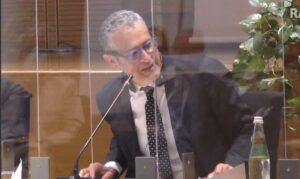 Superior Council of the Judiciary www.cosmag.it.

The Italian Council (CSM), after having with a Resolution of 20 July 2016, suspended all relations of cooperation with the Council of Judges and Prosecutors of Turkey (HSK), due to the violent aggression of the judicial system that took place in that country, in clear violation of the principles contained in the European Convention on Human Rights.  Italian CSM had also adapted the ENCJ Statement of 8 December 2020, in expression of solidarity with the judges and prosecutors of Turkey. In the said statement, ENCJ had emphasised that “the Council for Judges and Prosecutors of Turkey (HSK) is a Council in name only, as none of its actions or decisions demonstrate any concern for the independence of the judiciary”.

Justice for Rule of Law welcomes and fully endorses this meaningful support and solidarity showed by the highest figures of Italian judiciary.

JUSTICE FOR RULE OF LAWFollow

Retweet on TwitterJUSTICE FOR RULE OF LAW Retweeted

Tuleya on ‘judicial reforms’ in Poland: ‘Somebody needed to say no. (..) If somebody why not me.’

JUSTICE FOR RULE OF LAW@Justice4RoL·
26 Jun

We are grateful to French judges @SMagistrature for organizing the conference on “Administration of Justice”.

@MedelEurope is today holding its Council of Administration at the Appeal Court of Bordeaux, in France.
Topics include the attacks on #RuleOfLaw in #Poland and #Hungary and the situation in #Turkey.

Open letter of European Judges Associations to the French Presidency of the EU @EmmanuelMacron with the appeal to ensure that the planned agreement with Polish government does not come at the expense of EU‘s fundamental values https://twitter.com/MedelEurope/status/1534535700086984705

@MedelEurope, @EAJ_AEM_ERV, @AEAJ2000 and @Judges4J sent a letter to @EmmanuelMacron: France must, as President and founder of #EU, ensure that prior to any disbursement of funds, Polish authorities implement reforms that effectively restore the independence of the judiciary. 4